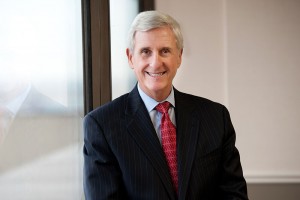 He has served as general outside counsel for private and public reporting companies, attends board meetings and assists in the development of management, personnel, acquisition, and divesture strategies.

He led a team of attorneys to assist a large media group in successfully consolidating its internal ownership, implementing a national acquisition strategy, initiating an IPO, and structuring favorable public and private financing arrangements.

Mr. Thomas was also key in assisting a large automotive group owner in successfully consolidating its internal ownership and implementing a strategy of regional geographical consolidation.

He was instrumental in preparing and presenting a governance evaluation for a large international medical research company. His expertise was used to create new governance documents and procedures for a private educational institution that was preparing for its re-accreditation review and approval, management overhaul, and board restructure.

He was successful in leading a team of attorneys in the defense of politically motivated accusations and litigation against the management of a public company. He traveled to the People’s Republic of China (PRC) and successfully negotiated a joint venture agreement between Chinese and U.S. broadcast equipment manufacturers and assisted in the preparation of a joint bid through the World Bank for the delivery and placement of broadcast products in the PRC.

He traveled to West Africa on behalf of a U.S. company to successfully negotiate an agreement for the distribution and installation of broadcast equipment; and assisted a large private equity firm in the transition of ownership and management.

Mr. Thomas is a Co-Founder and CEO of Thomas & Libowitz, P.A.  He is involved in Strategic Planning, including business planning, marketing strategy, drafting and monitoring internal policies and procedures, personnel and financial management.