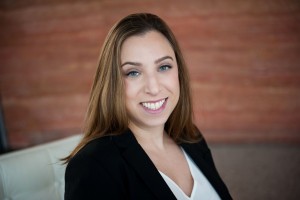 Sima Fried is an attorney in the firm’s civil litigation practice area – which includes its labor and employment practice and its construction claims practice – and provides our clients with the highest level of legal representation in all aspects of their civil litigation needs.

A graduate of New York University, School of Law, Ms. Fried commenced her professional career in the New York City office of the international law firm of Bingham McCutchen LLP (now Morgan Lewis Bockius LLP). During her nearly four years at Bingham, Ms. Fried primarily represented international banks and investment companies in both regulatory investigations and litigation in state and federal courts across the country. Following a brief period with the New York City Law Department, where Ms. Fried defended the city and its agencies in individual and class action civil rights lawsuits asserted against them, Ms. Fried moved back to her hometown of Baltimore.

Prior to joining Thomas & Libowitz in October 2015, Ms. Fried was an associate with another Baltimore law firm where she represented institutional and individual clients in the firm’s business and commercial litigation, Internet and privacy law, and victim’s rights practice areas.

Ms. Fried attended New York University, School of Law and earned her J.D. in May 2008. While at NYU Law, Ms. Fried was a member of the Moot Court Board, Casebook Division and in her third year of law school served as Associate Editor of the Immigration Law Competition hosted each spring by the Moot Court Board. Ms. Fried also served on the NYU Law Student Bar Association (student government) throughout her tenure at NYU Law, as both Vice President of the student body (2006-07) and as a Class Representative (2005-06 and 2007-08).

Currently, Ms. Fried serves on the Board of Directors of the Pro Bono Resource Center of Maryland, which coordinates volunteer legal services State wide and also runs its own pro bono projects providing legal assistance to Maryland residents who are unable to afford legal representation. Ms. Fried also wrote four chapters of a nationally-recognized treatise on evidence law and in the Fall of 2015 taught media law to college students at one of Baltimore’s local universities.

When she is not working, Ms. Fried enjoys baking delicious goodies to share with colleagues, friends, and family; visits to the gym; tackling the New York Times crossword puzzle; and reading contemporary literary fiction.

Ms. Fried is proficient in both Spanish and French (oral and written).